Despite leading Spain to the Euro 2020 semi-finals and Nations League Finals, Luis Enrique faces continued criticism for the make-up of his squad. Spain will play Italy at San Siro tonight without a recognised striker and with some in-form players left at home. We spoke to Eurosport Spain’s Félix Martin to get the latest. 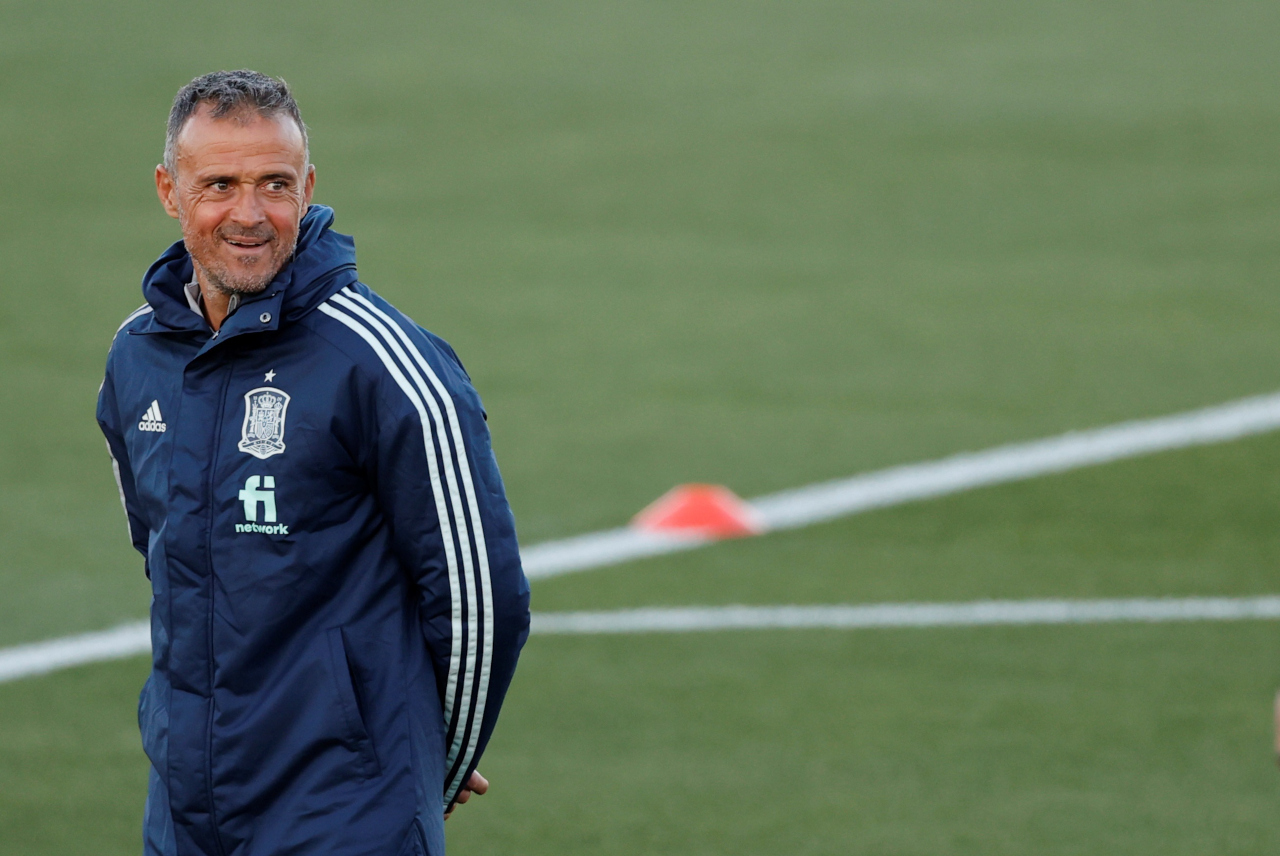 You would be forgiven for thinking Luis Enrique would have amassed at least some credit in the bank of public opinion having guided Spain to the semi-finals of Euro 2020 and the Nations League Finals.
La Roja was not fancied at Euro 2020, but made it to the last four, where eventual champions Italy needed penalties to get past them. Roberto Mancini’s Azzurri again provides the opposition in tonight’s Nations League semi-final at San Siro, however, there appears a sense of apathy among a large section of Spain’s support.
Enrique oversaw Spain’s first World Cup qualifying defeat in 28 years in September when Viktor Claesson’s strike sealed a 2-1 win for Sweden in Stockholm. They remain top of Group B, but ahead of the Nations League Finals in Italy, supporters continue to question some of Enrique’s selections.
Spain heads into tonight’s semi-final without a recognized striker in the squad, while in-form players such as Rafa Mir, Ander Herrera and Dani Parejo have been overlooked in favor of perceived favorites of the coach.
Throw in the fact Enrique continues to shun Real Madrid players and it means La Roja head into a huge game against Italy without the fanfare that would have been expected. With that in mind, we spoke to Eurosport Spain’s Félix Martin to get the latest.

WHAT’S THE CURRENT MOOD IN SPAIN TOWARDS THE NATIONAL TEAM?

Absolute indifference. Enrique’s attitude and his squad lists haven’t helped to create an atmosphere of excitement around this national team.

WERE FANS IMPRESSED WITH THE PERFORMANCES AT EURO 2020?

Yes, it was a surprise that we made it to the semi-finals, bearing in mind that we started with draws against Sweden and Poland.

WHY HAS THERE BEEN FRUSTRATION WITH ENRIQUE’S SQUAD CHOICES?

Nobody understands Enrique’s choices, the same way nobody understood the team he used during the Euros, where he preferred to play with Alvaro Morata rather than using Gerard Moreno as his starting striker and using Marcos Llorente at right-back. After the Euros, his squads have at best been controversial, with a poor presence of Real and Atlético players and a heavy presence of Barça players.
This is quite remarkable if we have in mind that this Barça team is probably the worst in the last 10 years and Real and Atlético are first and second in La Liga.
Players like Nacho and Mario Hermoso haven’t been called up by Enrique, while others like Gavi and Sergi Roberto (these two are especially weird), have been called up to go with La Roja.

WHY ARE THERE NO REAL MADRID PLAYERS?

Firstly, there are not many eligible players. The only possible candidates would be Nacho or Marco Asensio, while others like Isco, Dani Carvajal or Lucas Vázquez are very far from having the right level to play with the national team.
Then there’s the strong campaign in some big media like As or Marca against Enrique for not calling up any Real Madrid players. You may know about Enrique’s past as a player and his move from Real Madrid to Barcelona. He has been cataloged as an ‘anti-Madridista’ for this.

WHAT DOES SPAIN LACK MOST?

Spain is lacking many things. For example, a center-back can lead the defensive line without Sergio Ramos. Pau Torres and Eric García are too young and inexperienced to be the starting center-backs for Spain. Nacho or Mario Hermoso could play that role.
Then we’re missing a striker, a focal point in attack. Enrique hasn’t included a number nine in his squad this time. Gerard Moreno is injured and Morata hasn’t been called up.
Names like Rafa Mir from Sevilla and Raúl de Tomás would have been good options for the national team. Then other names that have started this season with great performance haven’t been selected. This is the case for Ander Herrera, Brahim Díaz and Luis Alberto.

WHAT FORMATION DO YOU EXPECT SPAIN TO PLAY AGAINST ITALY?

We will obviously play with a false nine, basically because there is no other option.

HOW POSITIVE ARE YOU FOR THE FUTURE?

Not very positive, according to odds on MeridianBet, but who knows, maybe Enrique’s luck continues and he can get Spain far in this Nations League.