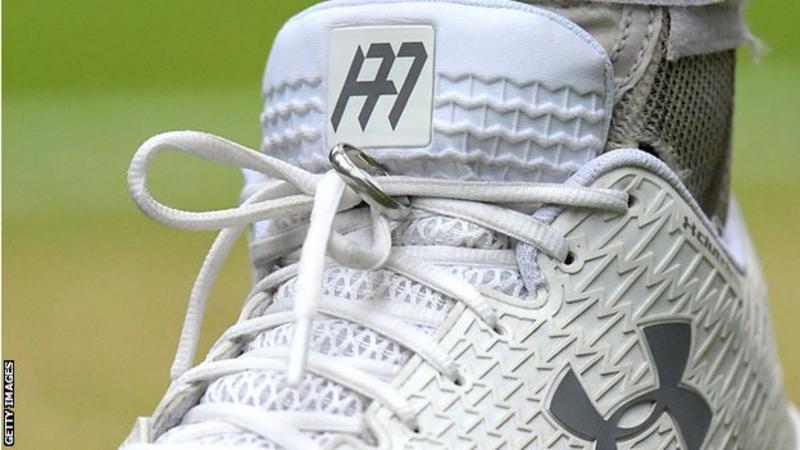 Even when he is thousands of miles away, Andy Murray has still managed to get himself “in the bad books at home”.

What started with a bid to freshen up his smelly tennis shoes has ended with them being “stolen” – along with his wedding ring.

“Got a quick story here for you that I need a little bit of help with,” the 34-year-old said in an appeal on his Instagram story.

Murray, preparing to play at Indian Wells for the first time since 2017, went on to explain how he had left his shoes overnight under the car his team is using while in California to try and dry them out after a hard day’s practice.

When he went to get them the next morning, they were gone. “Not the end of the world”, he thought, as he went to buy some more.

But the fact that he ties his wedding ring to his laces while training and playing had completely slipped his mind.

“My wedding ring has been stolen as well so needless to say I’m in the bad books at home, so I need to find it.”

Meanwhile, Murray says he does not feel bad about accepting wildcards as he returns to Indian Wells for the first time since he was world number one.

He will headline Friday’s night session in the Californian desert alongside new US Open champion Emma Raducanu.

Murray will play Adrian Mannarino of France in his first appearance at Indian Wells in four years. And odds on MeridianBet are not in his favor, but we wish him good luck.

“I’m grateful that they have given me the opportunity to play here,” he said.

The three-time Grand Slam champion is currently outside the world’s top 100 and has therefore frequently needed wildcards to access tournaments this season.

“I’d rather get in by right, obviously,” Murray added.

“But then I could also argue that the three years I was out injured, I would have rightfully been entered in all of these tournaments.

“I think after what I have gone through the last three or four years, and what I had achieved in the game beforehand, I don’t feel like I need to justify the reasons for why I should get wildcards.“

Murray, who is yet to beat a top-20 player this season, has lost recently to Stefanos Tsitsipas, Casper Ruud and Wimbledon semi-finalist Hubert Hurkacz.

“I have also had a number of opportunities in those matches and not quite taken them,” said Murray, whose fitness has improved markedly since Wimbledon.

“They are going to snuff out some opportunities that you create, but also there’s been some stuff in those matches that I certainly feel I could have done better.

“I really don’t feel like I’ve been outclassed, or that I have had no chances against them, so there are some positives to take from those losses.”